We played it for you: Journey 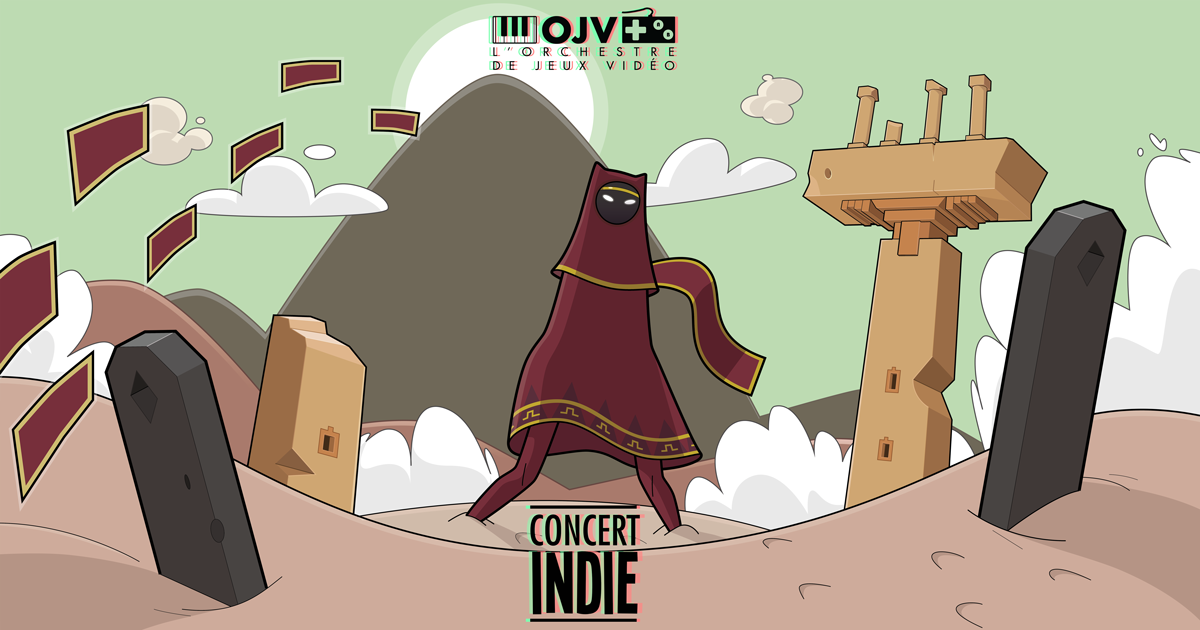 Members and friends of the OJV volunteered to play and critique videogames that will be featured in our upcoming Concert Indie on June 16, 2018. Here's what Marilyne Lavoie had to say about Journey.

Taken from Wikipedia: " "In Journey, the player controls a robed figure in a vast desert, traveling towards a mountain in the distance. Other players on the same journey can be discovered, and two players can meet and assist each other, but they cannot communicate via speech or text and cannot see each other's names until after the game's credits. The only form of communication between the two is a musical chime, which transforms dull pieces of cloth found throughout the levels into vibrant red, affecting the game world and allowing the player to progress through the levels. The developers sought to evoke in the player a sense of smallness and wonder, and to forge an emotional connection between them and the anonymous players they meet along the way. The music, composed by Austin Wintory, dynamically responds to the player's actions, building a single theme to represent the game's emotional arc throughout the story..

Our favourite level: There are no 'levels' in the traditional sense.

Our favourite track: The whole soundtrack is awesome.

The ennemy we hate: There are no enemies in the game.

What we love about the gameplay: It’s a beautiful, immersive game that you can play to relax. You just admire the game.

10/10 for its sheer beauty. You turn down the lights, you settle yourself comfortably and you just enjoy the game.

Did you play Journey?

What's your take on the game? Let us know on our Facebook page!