We played it for you: Shovel Knight 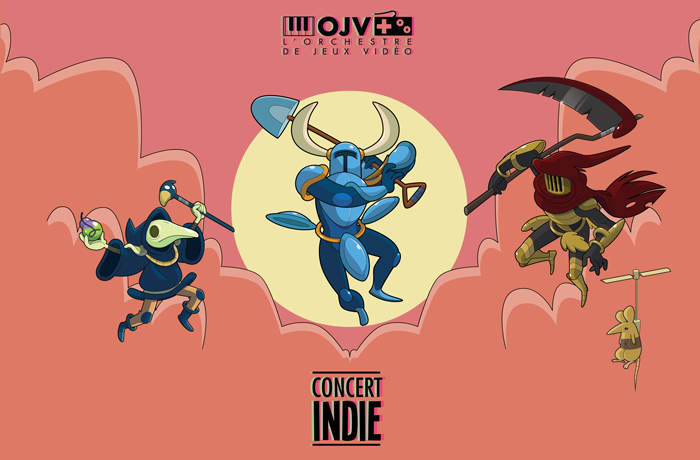 Members and friends of the OJV volunteered to play and critique video games that will be featured in our upcoming Concert Indie on June 16, 2018. Here's what Arthur Frenette had to say about Shovel Knight:

Taken from Wikipedia: ""Shovel Knight is a 2D side-scrolling platform game developed and published by Yacht Club Games. This is their first game. Following a successful Kickstarter crowdfunding campaign,the game was initially released for Microsoft Windows, Nintendo 3DS and Wii U in June 2014. The game was ported to OS X and Linux in September 2014, PlayStation 3, PlayStation 4, PlayStation Vita and Xbox One in April 2015, Amazon Fire TV in September 2015, and Nintendo Switch in March 2017.

Our favourite level: The Propeller Knight level: it's the most fun platforming level... and it's hard.

Our favourite track: Strike the Earth.

The ennemy we hate: Rats that explode, since they destry platforms.

What we love about the gameplay: Intuitive controls, giving lots of freedom for the jumps, and even for fighting while jumping.

8/10 : The game is lots of fun, but the 16-bit style and difficulty might make it unattractive for some gamers.

Did you play Shovel Knight?

What's your take on the game? Let us know on Facebook!